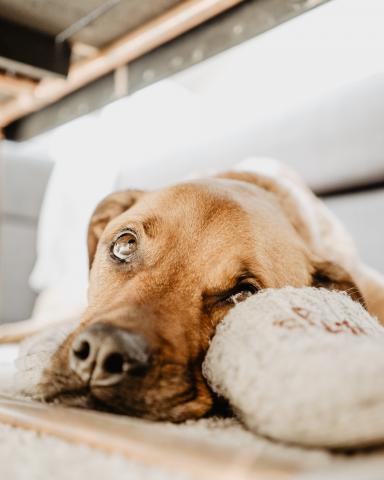 Workplaces turn toxic when the emotions we bring to work go unappreciated, unmanaged and ignored. Too often, we may find ourselves chasing after “emotional trophies” at work where we are seeking false reassurance, bragging rights or, even worse, dominance over others. Here in this excerpt from "Fearless at Work” we learn these emotional trophies are almost always self-defeating.

Collecting emotional trophies at work can be a disastrous pre-occupation.  We may think that we are working to complete the project on time, make the sale or close the deal. But when we look closer we often want the satisfaction of triumph, the reassurance of recognition and the pleasure of bragging rights. While succeeding can be fun and gratifying, no doubt, too often it’s about pointless emotionality.

Collecting such emotional trophies is often petty like “confidentially” discussing a colleague’s inadequacies or reminding subordinates of our credentials. When such emotionality becomes monumentally pathetic, we can create wide spread disaster like the American political discourse or the $28 billion a year divorce industry.  Fortunately, we can tame such cowardice by learning to not kick the dog.

In one of my assignments, I supported a biotech physician, Mandy, who had the challenge of merging teams of medical and scientific affairs researchers. The business was under financial strains and the goal was to build a leaner more focused team while maintaining working relationships with key opinion leaders. On paper the plan and the new structure looked great: small teams were aligned by therapeutic area, populated with both physicians and pharmacologists and organized to support the commercial product leaders. Mandy was smart and well-respected and she was quite skillful in maneuvering corporate politics. However, her boss, Arthur, also an MD, held a grudge common to many physicians: when it comes to research those in medical affairs with an MD after their names were the experts and the PhDs, in scientific affairs – chemists, pharmacologists, toxicologists and the like - should play a supporting role.

Needless to say, Arthur’s perspective would not prove helpful in merging the two departments and Mandy worked hard to keep her manager in line while she cultivated mutual respect and collaboration among the two organizations. Despite her best efforts, however, she could not completely restrain Arthur’s impulse to condescend, which proved disastrous.

As the date neared for the launch of the reorganization, more and more communications flowed outlining who would report to who, how product leads would consult with various scientific experts, and what marketplace institutions aligned with each team. And despite a few bumps along the way, the restructuring was going well until Arthur distributed an email that derailed the entire project. The memo read well for the first three or four paragraphs, recognizing people’s hard work and offering reassurances. And then in the final paragraph, her boss felt a need to write:

I am quite confident that our new structure will help us meet our budget goals, but more importantly we will now be organized to strengthen our physician to physician dialogue in the marketplace - for it is our physicians’ hands-on experience with patients that truly distinguishes us in the marketplace. So, congratulations on your hard work and I look forward to working with all of you in making our new organization a success.

When Mandy and I read the email we were speechless. After months of helping the organization build trust and shed old habits, her boss in one fell swoop was able to remind everyone that physicians remained the experts in the new organization and that all others were second class citizens. As the calls poured in from angry scientists, Mandy invited me to have lunch with her and Arthur.

“Boy, it seems that a lot of people got the wrong impression from my email,” Arthur remarked innocently as we finally got around to the topic.

“Wrong impression? What impression were you trying to make?” I probed.

“Well, since the restructuring was going to kick off next week, I just wanted to thank everyone and recognize everyone’s hard work.” Arthur responded, with an innocence that was becoming slightly feigned.

“But why didn’t you let me see the email first like all other emails that you send out about the restructuring,” Mandy jumped in with an edge. “And why did you have to end with such a stupid remark implying that physicians were more important in the marketplace….”

Arthur was wide-eyed and my client was at her wits end.

“I have to say, I agree with Mandy,” I joined in. “The email read quite nicely until the end where it seemed like you needed to remind everyone that you, Mandy and all the other “MD’s had the upper hand….”

“I don’t see it that way,” Arthur interrupted.

“Then why does everyone else,” responded Mandy. “I have received at least 12 phone calls, dozens of emails and now, here you sit with me, the person in charge of the restructuring and the consultant and we, like everyone else see it that way. Look — you sent the message and everyone got it, I’m just wondering why you felt a need to so!”

The atmosphere was tense, but Mandy had called it perfectly.

“Well, if I have created problems, I’m sorry,” Arthur genuinely responded. “Throughout this restructuring I have noticed that many people on the scientific affairs team spoke of the restructuring as if they were going have the same voice in the marketplace as physicians and you both know there are concerns there. Physicians want to hear from physicians and I just feel that we don’t have to pretend about that….”

“Pretend about it! Pretend about it!” Mandy barked. “You know as well as I do that this is the most sensitive issue we had to manage and I have worked very hard at it - so who’s pretending, for god’s sake…”

“You had to kick the dog, Arthur,” I summarized, nodding my head.

“What dog?” he asked as he and Mandy looked at me like I was nuts.

“Look, what you and Mandy are trying to do by merging medical and scientific affairs is a very delicate leadership challenge. It takes patience and nuance. It’s like skillfully walking through a neighborhood of homes, backyards and patios without causing any commotion or alarm. It’s a very sensitive proposition. In the same way, it’s very tricky walking around the emotional territory of these scientists and physicians. They are very aware of signals concerning position, rank and status, and Mandy has maneuvered quite successfully and to her credit most have begun to put their sensitivities aside and have been working well together.  So, all the neighborhood dogs are lounging or resting and if they notice us walking by they don’t bark or strain at their chains. But you, Arthur, had to kick one of the dogs. You had to remind everyone that the status of physicians was one step above. So I have two questions for you: What happens when you kick a dog in a neighborhood? And, why would someone kick a dog? ”

Arthur and Mandy had dropped their confused stares, but were still a bit perplexed.

“Well, when you kick a dog in a neighborhood,” I continued, “he begins to bark but more importantly all the other neighborhood dogs begin to bark as well. And right now we have a lot of barking scientists, that’s for sure. And the challenge we face is no longer the important business of successfully restructuring the department, the challenge now is dealing with barking. By kicking the dog we have lost focus and instead we are now trying to manage emotional mayhem.”

“And why would someone kick a dog?” I asked. “Well, I can tell you when I was a kid I would never kick a dog, it wasn’t in me. But I had friends that did and they kicked a dog for only one reason: it made them feel emotionally superior. They would antagonize a dog on a chain; feel an emotional jolt for just a moment like getting one of those useless little trophies…..”

“I never kicked dogs when I was kid,” smiled Mandy.

“Neither did I,” chimed in Arthur sheepishly.

“Well, we definitely have that in common,” I laughed.

Arthur, Mandy and I finished our conversation and Arthur admitted that he may have gotten a little emotional satisfaction out of including that final line in the email. But unfortunately, from that point forward the restructuring did not go well. Trust grew in short supply; frustrations were worn openly and physicians and scientists worked at cross purposes. The email was referred to often and both Arthur and Mandy moved onto other jobs.

The slogan Don’t kick the dog reminds us that we can pay a heavy price when chose petty emotional victories over fearlessness. As with our physician friend Arthur, such emotional victory can seem satisfying in the moment, but it inevitably leads to wider barking and useless emotionality. Especially when others are depending on us to build rapport in risky situations, to foster respect among diverse stakeholders or to be a fair broker in conflict, Don’t kick the dog is a sobering reminder of our responsibility to be confident, trustworthy and authentic. When we engage circumstances skillfully, we respect sensitivities, acknowledge boundaries and build trust - there is no need to taunt or savor easy triumphs. In the end, Don’t kick the dog is all about emotional confidence when circumstances demand skill rather than cowardice.