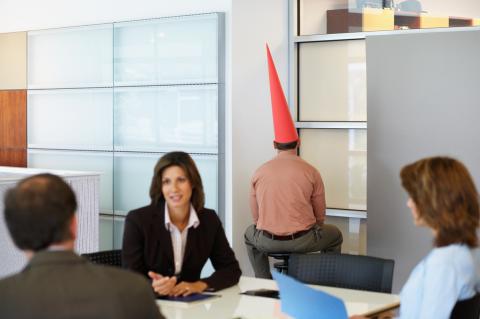 Excerpt from Awake at Work

When we see our fellow colleagues having difficulties at work, we naturally want to lend a hand. Sometimes work’s demands are weighing heavily on a colleague or maybe a new challenge has got someone stumped and we give a bit of advice or direction in order to help out. Sometimes we put in extra effort, staying late at work to help meet a deadline or coming in early to set up for a meeting. Or, helping could be as simple as just listening as someone thinks out loud about whether to accept a new job or move to Arizona. Helping others is a natural and necessary part of work.

Helping others at work, however, is not always as simple as it may seem. Sometimes, we can’t help. We have a lot to do and we often don’t have the time to help, so we have to let problems remain problems for others to solve. Or, maybe we have to resist helping out because we could end up doing someone else’s job – which only creates confusion about who’s responsible for what. On many occasions, there are problems and challenges that are simply beyond our abilities and to offer advice or assistance might make matters worse. So, helping at work often requires us not to help - to refrain from offering advice, to leave questions unanswered, to let colleagues struggle with problems. Being helpful at work actually requires enormous skill and timing – knowing when to listen, when to walk away, when to take command, when to learn rather than teach.

If we are not skillful at helping others at work, we can find ourselves working real hard at “being helpful” when if fact we are creating a greater mess. Such an approach to making a mess when helping is what my teacher Chogyam Trungpa, Rinpoche called idiot compassion. In such a case, we rely on a shallow and ultimately selfish notion of helping where we are primarily concerned with eliminating our unease rather than truly lending a hand. There are numerous simple examples of idiot compassion that beleaguer us at work. The new receptionist, anxious to contribute, stays late and rearranges all the supply cabinets - confusing the entire staff for weeks. The sales rep, anxious over wanting to close the sale, not only leaves behind three pounds of marketing material but also fed ex’s 2 additional sets just to be helpful. The customer service rep, anxious to assist, asks not once but 4 times “is there anything else I can do to help you today?”   Such behavior is common at work – people trying to be helpful out of nervousness and in turn making the work day just a bit more difficult for the very people they are trying to please. Unfortunately, idiot compassion is not just daily, well-intentioned foul ups. Being helpful or kind to others because we feel uneasy can be more than just irritating; it can derail careers, ruin friendships and sink entire businesses.

One of the most common acts of idiot compassion is not being honest with a subordinate about getting the job done. How often have we seen poor performers languish for months – sometimes for years - in roles beyond their capabilities? In such cases, managers avoid the stress of telling the truth. Instead, they become defensive and protective of the subordinate - wanting to be helpful. The manager “helps” by protecting the employee from the pain of confronting the problem and they both together avoid the fact that the job is not getting done. As time passes, being honest and straightforward about work becomes increasingly difficult - tense, uncomfortable and potentially explosive, the fact that the job is not getting done is ignored and the problem festers.  Finally, circumstances demand candor and confronted with the facts of poor results, the employee spills forth with anger and resentment: “I’ve never really been supported around here. Every project I’ve had has been under-budgeted and ultimately shelved. And, now you come to me and say I’m to blame!” Bewildered, the manager sees an ungrateful employee rather than a crisis authored by idiot compassion. Instead of confronting the difficulties when they first appeared, the manager chose to avoid the discomfort of being direct and straightforward and opted to be helpful and protect the employee. The result is a derailed and angry employee and a manager who has learned to dress up guilt and uneasiness as “being helpful”. Avoid idiot compassion in this case encourages us to be honest about our stress – acknowledge it, feel it, contemplate it. Of course, confronting our subordinate with her marginal performance will be difficult, but to hide from the unease by pretending to be helpful only seals our fate for more damaging problems to come.

When Idiot compassion becomes an unspoken rule of leadership, work can become deeply discouraging for hundreds maybe thousands of employees.  For example, morale problems are singularly complicated and confusing, requiring leaders to be exceptionally skillful in helping the organization re-enliven itself. Addressing the hidden problems of poor morale requires patience and openness to criticism, a willingness to listen to the gripe sessions and hear the bad news. Some leaders, in hopes of avoiding such distress, “help” organizations by implementing sure fire programs to demonstrate that the company really does care. One particular executive I recall from my years on Wall Street decided to confront head on the widespread belief among operations employees that they were undervalued and were being treated as expendable. Against some others better judgment, the executive decided to launch the “Employee of the Month”, announcing far and wide in posters and newsletters that she valued employees and their contributions. Rather than taking the time to listen carefully to employees concerns, include them in solving problems and implement changes that would strengthen morale long term – a stressful process indeed – she chose idiot compassion, masking her unease with shallow gestures of help. After four “Employees of the Month”, the program became widely considered simple favoritism.  Employees believed – accurately or not – that management had selected compliant “Employees of the Month”. Those who would not speak their mind or challenge management were getting the recognition because, “just as everyone had known”, management valued compliance not the truth. The executive tried other programs – spot bonuses for employees showing extra effort, vacation days for teams exceeding targets – but to no avail. The work environment became increasingly tense and dysfunctional and the executive became confirmed in her unspoken idea that the employees were simply ungrateful. Avoid idiot compassion in this instance required that the executive not look for an easy solution, trying to rescue herself from the distressing circumstances.  What was required was an experienced helping hand and ear; listening carefully before acting; building trust among managers and subordinates; learning instead of directing.

Avoid idiot compassion suggests that we pause when helping others to consider what is truly needed. We need not jump to solutions or rush to the rescue, but we can be discerning and deliberate in our efforts. Especially when circumstances are uncomfortable or distressing, Avoid idiot compassion reminds us to be slightly suspicious of our need to help. If we are careful, we can linger with our unease and extend a skillful hand of assistance not one of nervousness masquerading as an easy solution. In the end, Avoid idiot compassion reveals that being helpful has many faces: listening, giving advice, directly solving a problem, speaking candidly or maybe even just going away. 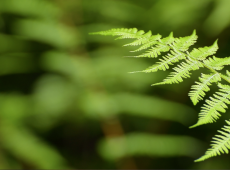